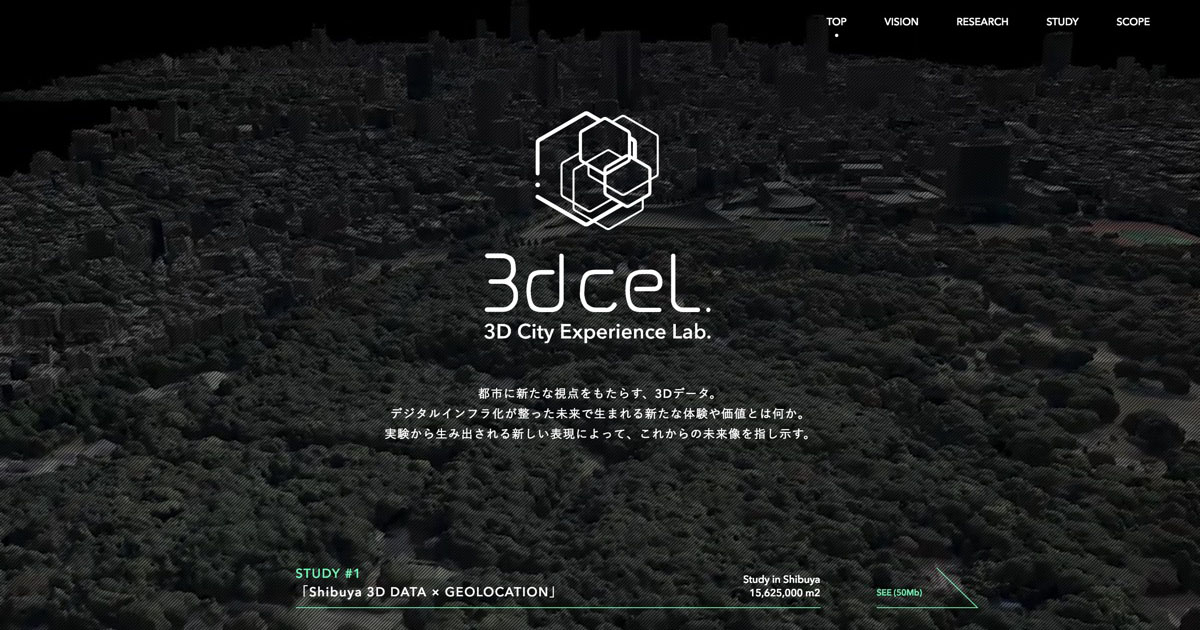 Rhizomatiks Architecture, WIRED.jp, Ministry of Economy, Trade and Industry collaborate on projects to think about the future ahead of digital-infrastructure development of "3D city data" was done. Think about new experiences and values that make use of 3D city data with experts with various backgrounds and use the power of art to point to the vision of the new era and let it function as a "laboratory" that accumulates diverse knowledge aim to.

The site learns about the current utilization of 3D city data "RESEARCH", thinking that it is an expert who has various backgrounds with regard to utilization of the future "SCOPE", 3D creation and experiment using 3D city data, new It consists of "STUDY" to explore the value.

We aim to promote the utilization of 3D city data by exposing 3D data used in the project as much as possible and making it widely used.